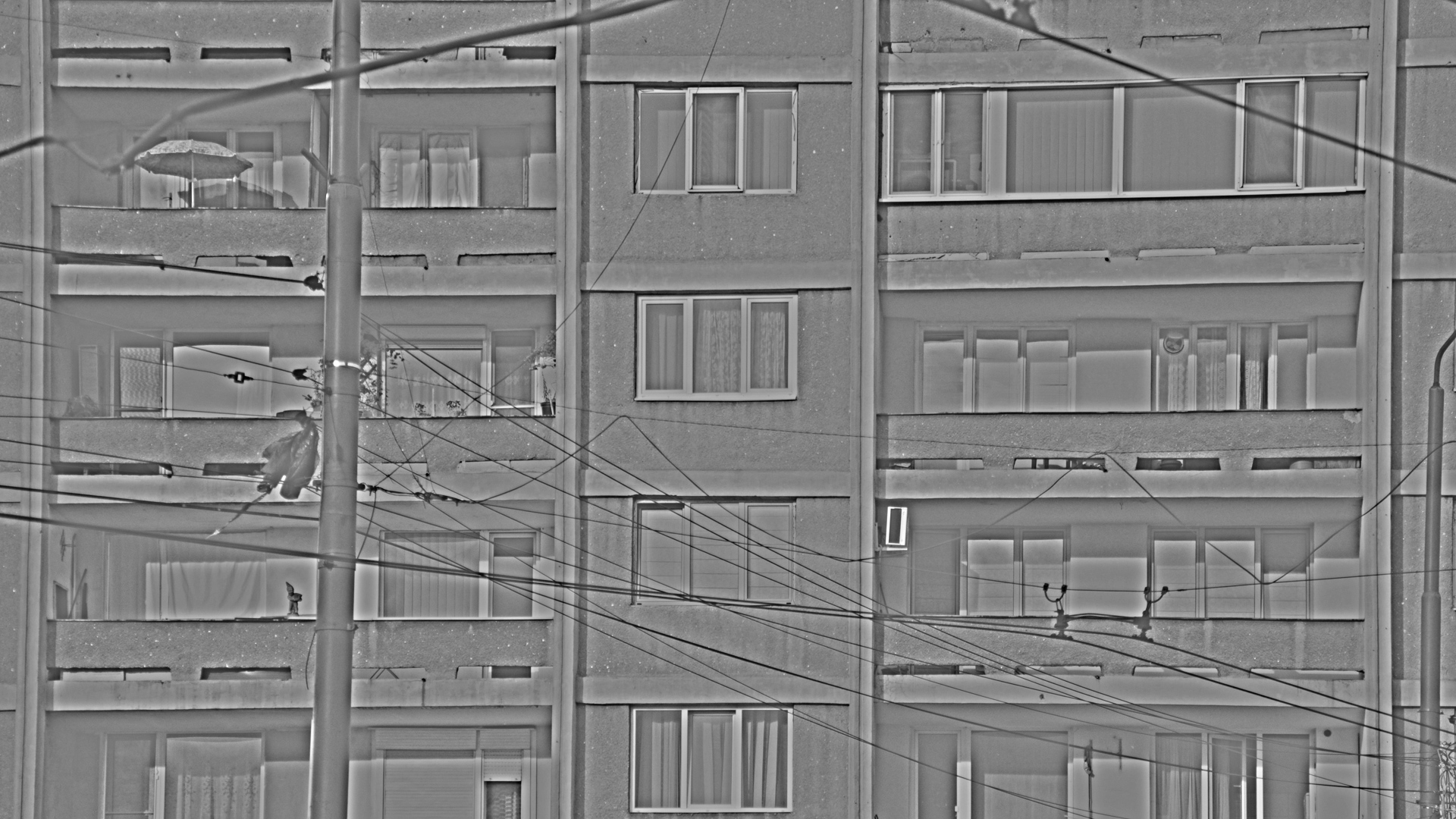 “Our first project together was Utopia lives next door. We discovered by chance that we were researching our past in the same field and in similar ways: he was recording his grandmother’s memories of her childhood in Vienna, I was recording my father’s memories of his childhood in Timişoara. When we realised that there is a common link between the two cities, anchored in history, we had the idea to create a utopian place where the East meets the West, where the past meets the present. The soundscape composition with field recordings of the two cities and interviews with our relatives was broadcast on Ö1 Kunstradio – Radio Art on 27 December 2015. This was a new field of activity for me. While I was creating a slide show for the project, I encouraged Gerald to travel to Vienna to take some pictures for it, as I had done in Timişoara. I don’t think he had ever planned to get into photography before.”

“25 years after the end of the Cold War, the political distance between Western Europe (e.g. Austria) and Eastern Europe (e.g. Romania) seems to be increasing again in many respects. But this distorts the fact that there is a lot of shared history, which already becomes evident when looking at the parallels between the cities of Vienna and Timisoara. For their piece Utopia lives next door, the authors move through both cities, inspired by the situationist concept of psychogeographical examination of urban environments by means of “dérive” the deliberately drifting walk through a city. The starting point of the excursions are the quarters Innere Stadt and Josefstadt â€“ due to the shared history, both Vienna and Timisoara have districts with these names. From the field recordings thus collected, the authors compose the soundscape of a utopian city in which the difference between West and East has been erased. Woven into the composition are voice recordings from interviewees recalling instances of lived solidarity under difficult social and political circumstances in Vienna and Timisoara during different phases of the 20th century. Based on shared thematic motifs, the quotes are arranged into a quasi-dialogic relation to each other that offers a glimpse of the possibilities that were at hand, but were missed in the actual history of Austria and Romania. The speakers are Friederike Brenner (born in 1923 in Mödling near Vienna) and Johann Kassnel (born 1932 in Jahrmarkt near Timisoara).”