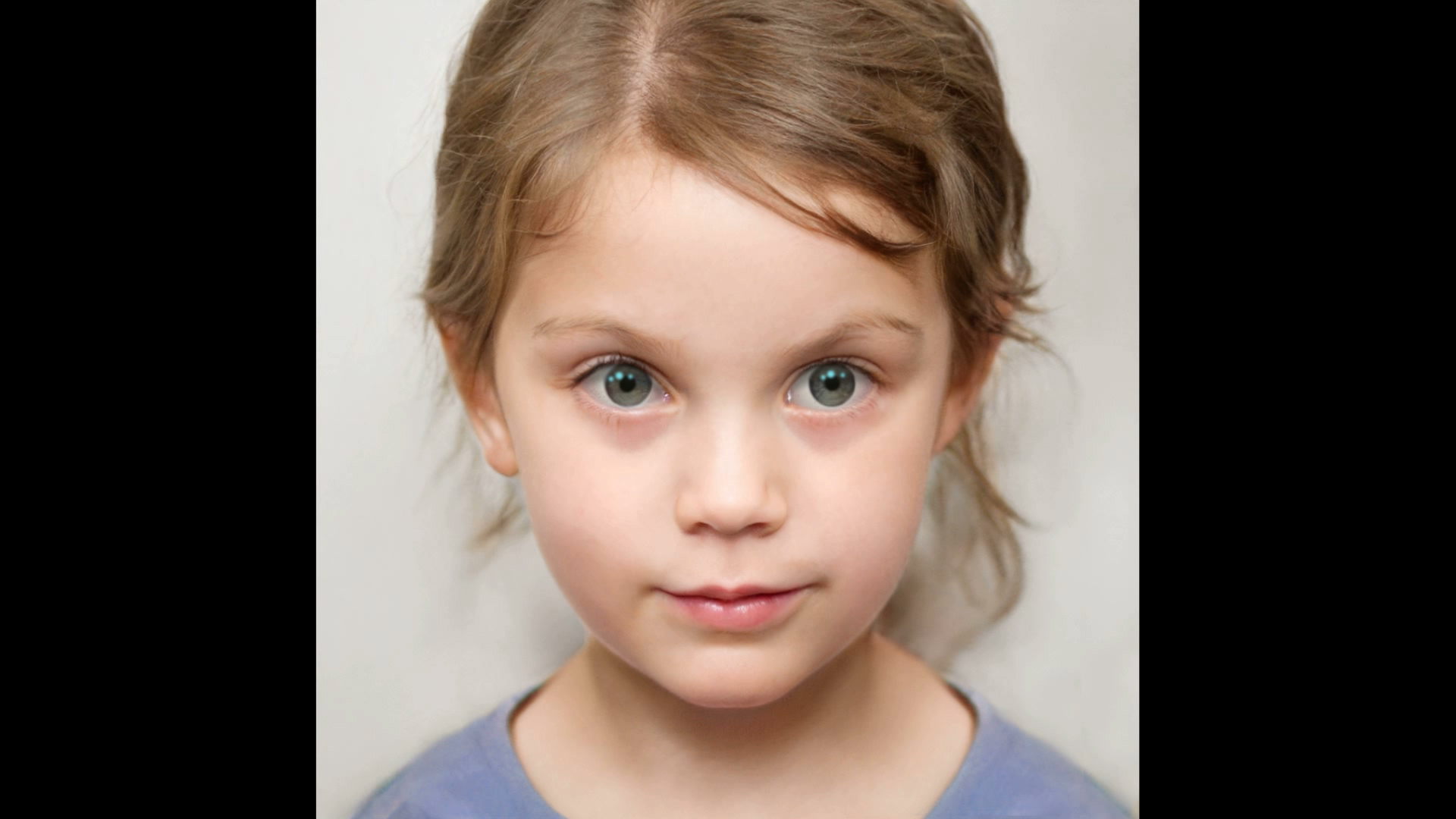 The term homunculus (= Latin for “little man”) refers to an artificially created human being – and stands for mankind’s dream of being able to construct a being according to its own imagination, with the help of the latest technology. This idea has already been used in many literary works, for example in Mary Shelley’s Frankenstein.

Today, we are closer to this idea than ever before. In the age of Deep Learning, it is no longer alchemists or scientists, but programmers who teach artificial intelligences to generate human-like faces independently and deceptively real. Ingenious, scary or dangerous?

In this work we are confronted with a series of such artificial portraits. In a strange way, they communicate with us: their eyes seem to explore the space and their facial expressions change. Recognising faces and understanding non-verbal communication shapes us as a human species and as social beings. But how do we react when an AI tries to imitate precisely this ability? Does it want to deceive us? Communicate with us? Test us?