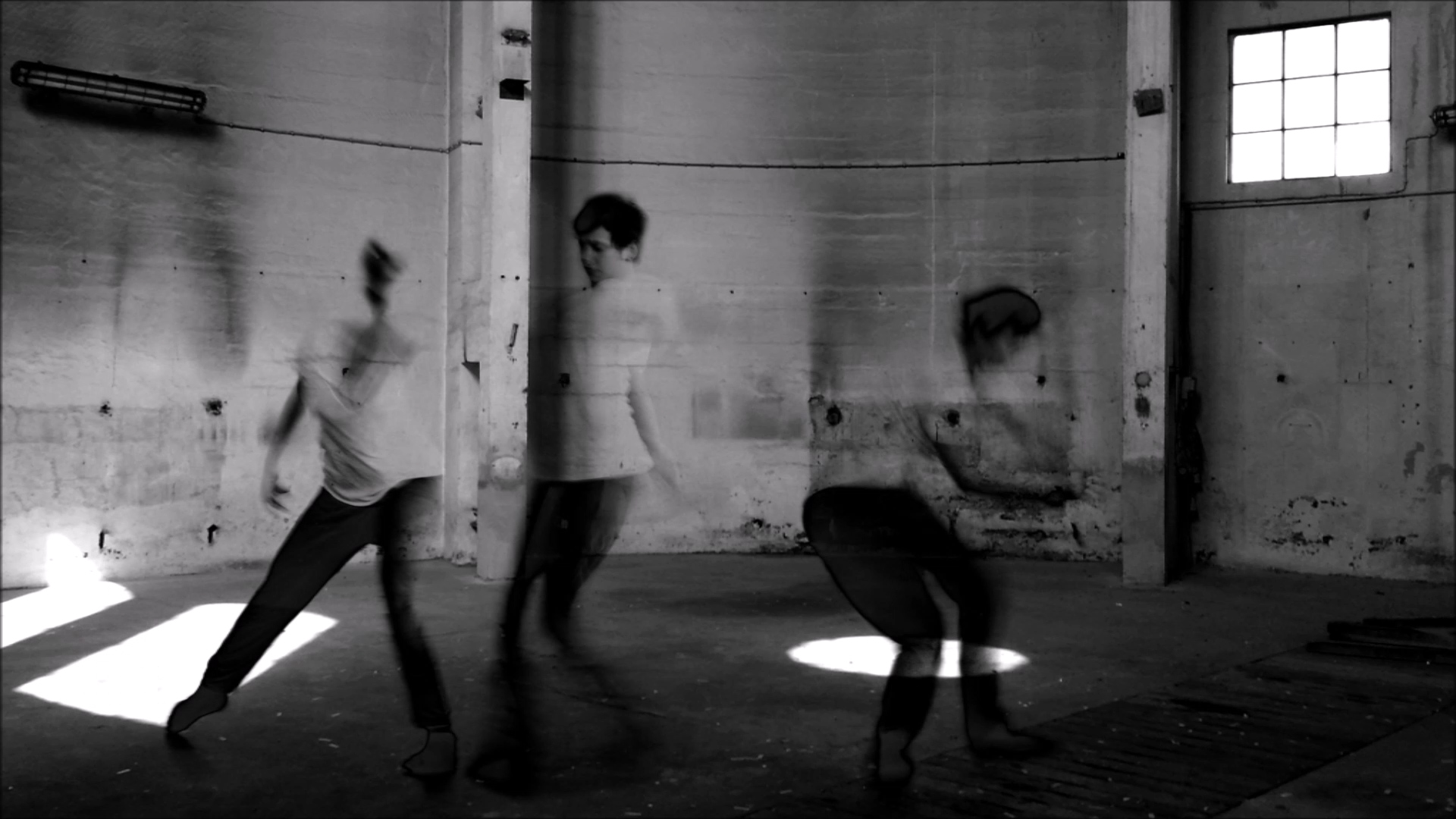 „Due to its non-visual nature, its ‘disembodied voice,’ radio presents itself as the perfect ‘hauntological’ medium for representing the disappearance, the fading of once visible things into a state where they are half present, half remembered. Echoes of Industry undertakes to reflect, in an acoustic form, the social and architectural shifts that happen in European cities as certain industries are abandoned, their former sites becoming museums, venues for cultural events, or simply ruins, while industry itself becomes increasingly digital.“ (Gerald Fiebig about „Echoes of Industry“).

The video Postludium is an obituary for the former gasworks area in Augsburg/ Oberhausen. It shows a ghostlike dance in the empty rooms of the building especially of a historical disc-type gasometer, built in 1915, and another recent disc-type gasometer („Gaskessel“). The piece „Echoes of Industry“ was recorded in the „Gaskessel“. In this piece I am questioning if a building has a memory and therefor an identity, too.